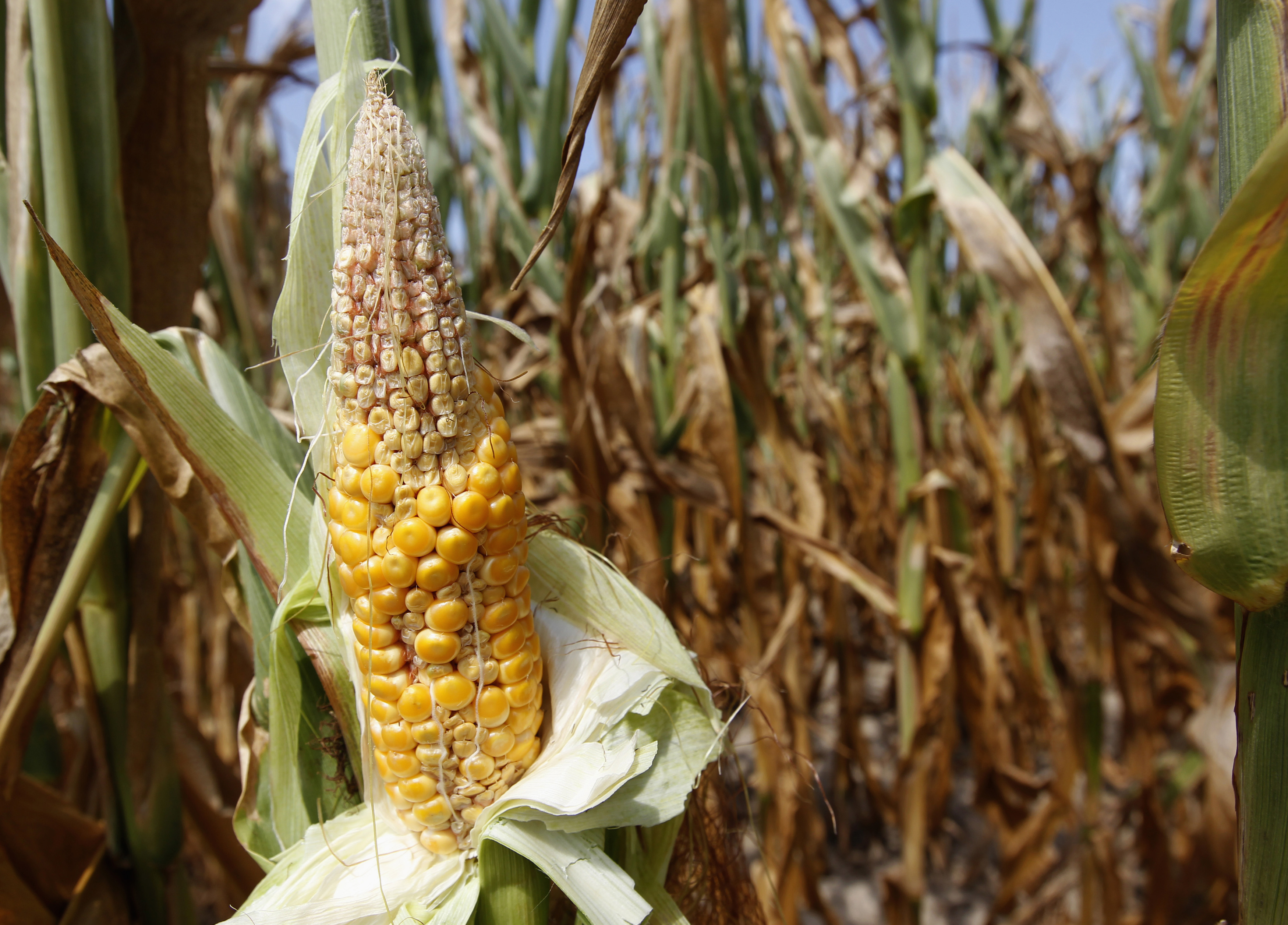 A trifecta of extreme heat's implications on food systems – on farmworker health, crop yields, and the resulting nutritional intake of individuals – requires the attention of policymakers, community-based organizations, and the public so that we can mitigate, prepare for, and respond to heat hazards in a coordinated effort. This article explores the consequences of extreme heat on food systems. It provides examples of tools in the "toolbox of resilience solutions" we can implement to immediately safeguard farmers and the production of high-quality and ample food.

The implications climate change will have on our global food system – from what's produced on our farms to what's put on our forks – are significant and can act as a threat multiplier. As global average temperatures continue to rise, the amount of food produced, and the nutritional quality of that food will shift even as more frequent heatwaves directly impact the health of farmworkers and damage crops.

The effects of the rising temperatures we see today on our food system will touch everyone, albeit to widely varying degrees. The countless stories of berries and fruit scorched and ruined by the June-July heatwave in the Pacific Northwest are a warning sign of what is yet to come. This trifecta of implications – on farmworker health, on crop yields, and the resulting nutritional intake of individuals – requires the attention of policymakers, community-based organizations, and the public so that we can mitigate, prepare for, and respond to heat hazards in a coordinated effort.

Farmers, under the sun

There are already deep inequities faced by the essential workers who produce, distribute, and prepare our world's food and those in our communities who cannot access sufficient healthy food.Rising temperatures threaten to intensify these issues. However, governments, decision-makers, and community members can build resilience solutions that will protect people, economies, and agricultural systems.

Farmworkers in the United States, of whom 83% are Hispanic, die from heatstroke at 20 times that of all other professions. This is due in part to the nature of their work, spending the hottest days of the year directly under the sun where they may feel pushed to forgo shade and water breaks. However, systemic factors —like the continued legal exclusion of farmworkers from nationwide overtime pay protections — make them even more vulnerable to poor working conditions.

The acute risks placed on our nation's nearly 3 million farmworkers, those who quite literally help feed America, are both a human health and equity crisis. Also impacted are the pastoralists and fishing communities around the globe, both their health and their ability to continue earning their incomes in a hotter climate. While this year's heat waves resulted in a renewed push for increased protections for farmers in the United States, with Washington State issuing an emergency heat exposure rule on July 9th, more can be done to decrease risk and increase the resilience of our farms and the people who sustain them.

Looking more closely at heat's impact on agricultural yields, staple crops – like wheat, rice, maize, and soybeans that provide the bulk of calories consumed in many countries around the world – respond negatively to higher temperatures.

Studies have demonstrated an estimated reduction in yields upwards of 18% for some crops. New research from the University of Colorado mentions that "heat waves could cause ten times more crop damage than is now projected."

On top of direct yield loss, scientists anticipate increased mortality of livestock – due to direct impacts of heat as well as feed shortages, increased prevalence of disease, and water scarcity. Projected reductions in agricultural yields are a massive threat, anticipated to push more people into food insecurity. This plight already affects more than 750 million people globally and over 10% of American households.

It’s about quantity and (nutritional) quality

In terms of impact on the actual quality of food produced, rising temperatures (together with higher carbon dioxide concentrations) can reduce the mineral and protein content of wheat, rice, and other staple crops. Experiments done by researchers around the globe and compiled by Harvard University found a reduced content of essential minerals like zinc, iron, and selenium that humans require for good health across crop varieties and geographies.

While more research is needed, millions of people already suffer from nutritional deficiencies. If the food we consume contains fewer nutrients in a hotter future, many more will be pushed into malnutrition. Zinc deficiency, for example, raises the risk of premature delivery for pregnant women, lowers a child's ability to fight illness, and affects their growth and development. An estimated 17% of the global population already suffer from zinc deficiency.
‍

Beyond pushing people towards hunger, heat's impact on agriculture threatens entire nations' economic growth potential, especially where agriculture is a significant contributor to GDP and employment. We saw what a shock like the COVID-19 pandemic did to economies dependent on tourism, but agriculture is an even larger contributor in many countries. In India, for example, 40% of the population works in  agri-business – and this contributes approximately 15% of India's national GDP.

Furthermore, transporting food safely to communities worldwide requires complex supply chains that can be vulnerable to extreme heat, given the increased need for cold storage, which threatens to increase food waste.

Read now: Extreme Heat in the United States - An Assessment of Economic and Social Effects

As research continues to inform our understanding of heat hazards, we must invest in emerging and innovative solutions while also taking action to apply existing science and institute good practices.

Solutions to mitigate and adapt to extreme heat's implications on our food systems include:

1.    Expanding policy protections for farmworkers: For starters, over a quarter of the world's population earns their livelihoods through agriculture. Their health and safety are critical to a well-functioning food system. Protections like mandated breaks and increased access to shade, water, and healthcare can be put in place.

3.    Increasing the use of innovative financial products that allow societies to recover quickly: Financial mechanisms can help buffer yield shortfalls caused by heat waves and other climate-related disasters. Parametric insurance, for example, triggers quick payments based on a pre-defined, transparent parameter such as temperature or rainfall levels.This mechanism could be implemented for agribusinesses, communities, or countries to provide near-immediate financial support from a heatwave, providing the safety net needed to protect livelihoods and our food supply as it moves from farm to fork.

Swift and widespread action is needed to increase food system resilience. Policymakers should develop strategies that plan for the heat waves that we know will continue to come, allowing them to 'flip the switch' on protections for communities – and having insurance solutions in place will ensure a way to fund the implementation. The scope of these policies should be reassessed and expanded according to the severity of summer heat over the coming decades.
‍

‍To learn more about how the consequences of heat stress vary across regions, socioeconomic groups, and economic sectors, read our latest report Extreme Heat in the United States – An Assessment of Economic and Social Effects, which quantifies the impacts of heat in the U.S. under current and future conditions.

Seville, Spain, to become the first-ever city to name and categorize heat waves in a bold effort to protect people, vulnerable communities from growing risks of extreme heat
Read more