Over the last three-quarters of a century, the global population has seen remarkable advancements at all levels of society. Today there are historic lows of extreme poverty, child mortality, and illiteracy—and advancements in health, education, and technology continue to accelerate. At the same time, the world currently faces a range of challenges that threaten natural resources and economic progress, political stability, and human safety.

Addressing climate change, migration, and security challenges—affecting all geographies—is more urgent than ever. There is a critical need to build resilience for individuals, communities, and institutions to better understand, prepare for, and withstand these interrelated threats. Together, we must act to ensure a secure and more prosperous world. While not all problems can be solved, the promise of progress rests in our willingness to address challenges head on.

The Adrienne Arsht–Rockefeller Foundation Resilience Center is dedicated to addressing these challenges. Leveraging the Council's intellectual strength, global reach, and nearly sixty-years of measurable global public policy impact, we will transform ideas into action. We are committed to reaching one billion people with resilience solutions to climate change, migration, and security by 2030. The need is urgent and we are all vulnerable. Together, we can build a more resilient world.

Director of Strategy, Finance, and Operations 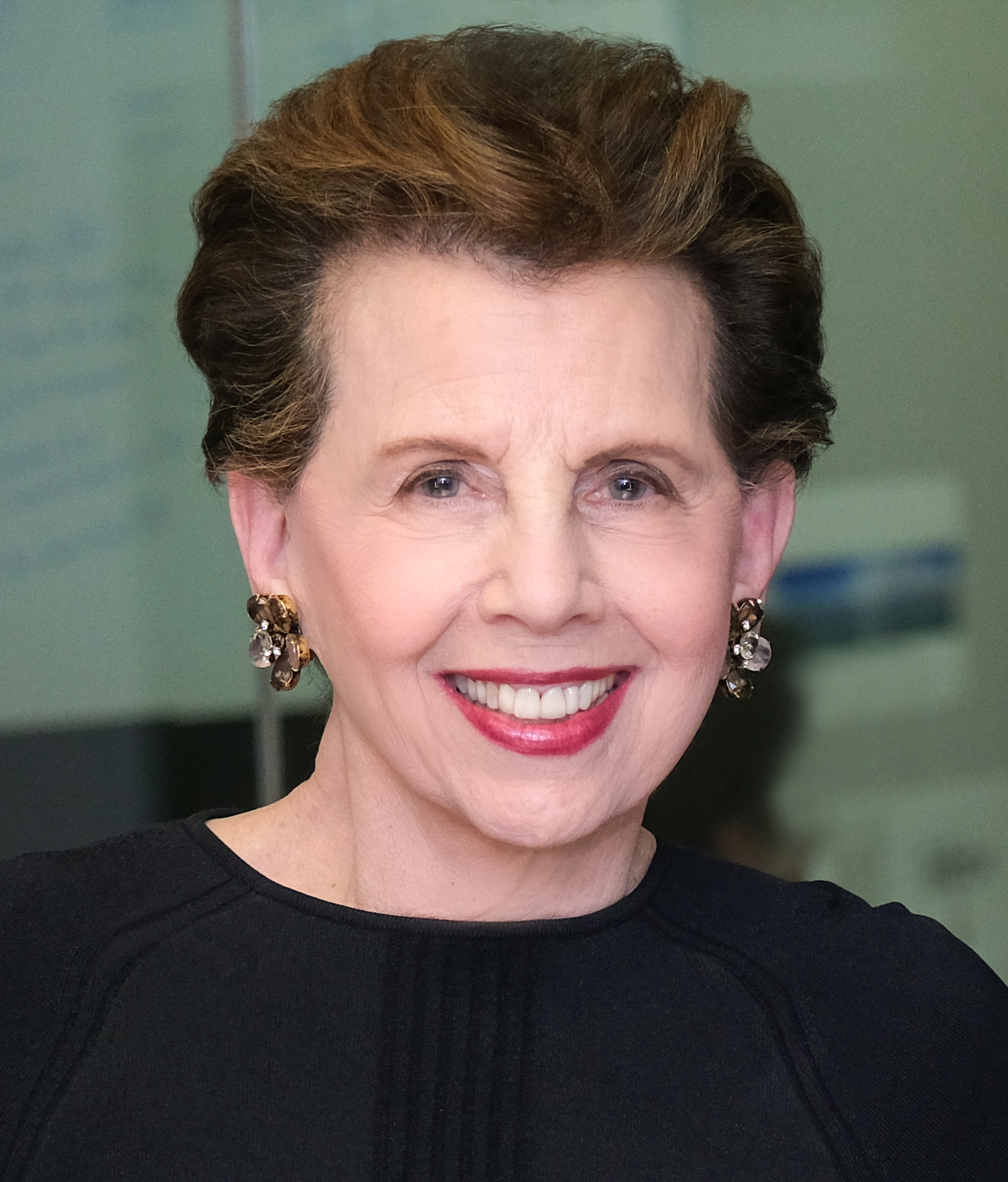 Adrienne Arsht is a business leader and impact philanthropist.  She has taken a leading role promoting artistic, business and civic growth in the three cities she calls home: Washington, D.C., Miami and New York. Her $30 million contribution to Miami’s Performing Arts Center in 2008 secured its financial footing. In her honor, the Center was renamed the Adrienne Arsht Center for the Performing Arts of Miami-Dade County. In 2012, her contribution of $10 million to Lincoln Center was recognized with the dedication of the Adrienne Arsht Stage in Alice Tully Hall.

Recently, Ms. Arsht donated $5 million to the Metropolitan Museum in New York City to fund the Museum’s first ever-paid internship program, which now will be named the Adrienne Arsht Interns. With Ms. Arsht’s gift, The Met is now the single largest art museum in the country to offer 100 percent paid internships to nearly 120 undergraduate and graduate interns each year. The transformative donation will also support MetliveArts providing programming focused on themes of resilience.

In Washington, in 2016 Ms. Arsht spearheaded the creation of the Adrienne Arsht Center for Resilience at The Atlantic Council, which was renamed in 2019, the Adrienne Arsht-Rockefeller Foundation Resilience Center with the $30 million Rockefeller Foundation gift that she matched. She also founded the Adrienne Arsht Latin America Center at the Atlantic Council in 2013 to focus on the role of South America in the trans-Atlantic community.  Arsht is a Trustee of the John F. Kennedy Center for thePerforming Arts where she established the Adrienne Arsht Theater Fund. Ms. Arsht is a former Vice Chairman of Lincoln Center for the Performing Arts. Arsht is Executive Vice Chairman of the Atlantic Council and a member of National Advisory Board of the Sandra Day O’Connor Institute for American Democracy. She is a member of the Council on Foreign Relations and is former President of the Vice President’s Residence Foundation and a Board Member of the Blair House Restoration Fund. At the request of the then Secretary of State, Hilary Clinton, Arsht created the campaign Patrons of Diplomacy to establish an endowment for the preservation of furniture and works of art for the State Department. Ms. Arsht is on the Advisory Council of the DC Volunteer Lawyers Project  (DCVLP) where she established the Roxana Cannon Arsht Law Fellowship in honor of her mother, which focuses on domestic violence and other urgent family matters. She was the inaugural recipient of the DCVLP Champion of Justice Award for her outstanding contributions to the organization’s work to expand access to justice to low-income people in the Nation’s Capital, especially those who are victims of domestic violence or have other urgent family law needs.

She is Trustee Emerita of the University of Miami and an honorary board member of Amigos for Kids.

In April 2021, Arsht was awarded the LifetimeAchievement Award from the South Florida Hispanic Chamber of Commerce, and was the recipient of an Honorary Doctor of Arts degree from Barry University, located in Miami, Florida.

In 2019, Ms. Arsht was inducted as an honorary member of the Beta Gamma Sigma society by the business school at Georgetown University. She received an honorary degree from her Alma mater, Mount Holyoke College.

In 2019, Ms. Arsht was awarded The Order of Rio Branco from the Brazilian government for her outstanding dedication to US-Brazil relations and her vision toward Latin America. In 2017, she was bestowed the Carnegie Hall Medal of Excellence recognizing her visionary and exceptional contributions to cultural and nonprofit institutions nationally. She is the only woman to have ever received this distinction. Additionally, Ms. Arsht was awarded the distinguished Order of San Carlos of Colombia, which was given to her by the direction of Colombia’s President Juan Manuel Santos. In 2013, Ms. Arsht was presented with the prestigious diplomatic honor, Orden de Isabel la Católica (Order of the Cross of Isabella the Catholic) from The King of Spain.

A 1966 graduate of Villanova Law School, Arsht began her Delaware law career with Morris, Nichols, Arsht & Tunnel. In 1969, she moved to New York City and joined the legal department of Trans World Airlines (TWA).  She then became the first woman in the company’s property, cargo and government relations departments.  Arsht moved to Washington, DC in 1979 where she initially worked with a law firm, then started her own title company. In 1996 she moved to Miami to run her family-owned bank, TotalBank. From 1996 to 2007, Arsht served as Chairman of the Board. Under her leadership, TotalBank grew from four locations to 14 with over $1.4 billion in assets. In 2007, she sold the bank to Banco Popular Español. Arsht was named Chairman Emerita of TotalBank.

In 2008 she became the first, and still is, the only woman to join the Five Million Dollar Roundtable of United Way of Miami-Dade. Arsht’s other notable gifts include to Goucher College, creating the Roxana Cannon Arsht Center for Ethics and Leadership, in honor of her late mother, a Goucher graduate, The University of Miami Arsht Ethics Programs, and a lab at Bascom Palmer Eye Institute of the University ofMiami. In Delaware, Arsht funded the creation of a Best Buddies chapter to specifically serve Hispanics and African-Americans with mental disabilities. The Chronicle of Philanthropy ranked Arsht number 39 on its 2008 America’s biggest donors list.

She is the daughter of the Honorable Roxana Cannon Arsht, the first female judge in the State of Delaware, and Samuel Arsht, a prominent Wilmington attorney. Upon graduation from Villanova Law School, Arsht was the 11th woman admitted to the Delaware bar –her mother having been the 5th.  A graduate of Mount Holyoke College, Arsht is a member of the Delaware Bar. She was married to the late Myer Feldman (d.2007), former counsel to Presidents John F. Kennedy and Lyndon B. Johnson.

This is an ambitious goal that we can only accomplish with your help. Please consider joining us to advance this important movement.